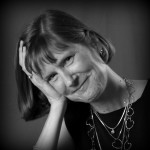 Sharon has published twenty-four novels, one collection, and assorted pieces of short fiction since her first book came out in 1995.  Among her books are the Twelve Houses series (Mystic and Rider and its sequels); the Samaria series (Archangel and its sequels); the Shifting Circle series (The Shape of Desire and its sequels), and the Elemental Blessings series (Troubled Waters and its sequels).  In 2010, the Romantic Times gave her the Career Achievement Award in the Science Fiction/Fantasy category, and in 2012, Publisher’s Weekly magazine named The Shape of Desire one of the best science fiction/fantasy books of the year.  Three of her novels have been named to the ALA’s list of Best Books for Young Adults (now Best Fiction for Young Adults).  She has a new trilogy coming out soon. Be on the lookout!